SOUND PROOFS is a one-day CHASE workshop that brings a diverse set of participants together to reflect upon the ways in which the sonic realm both engages in forms of contemporary truth production and is in turn conditioned by new forms of governance and corporate oversight; thus shifting the emphasis away from the visual as the means by which public claims might be expressed or overturned. For example, every asylum request sought in the UK requires the asylum seeker to provide an on-the-spot voice recording that is submitted (outsourced) to a forensic voice analysis lab in Sweden to ascertain the truth of the claimant’s application as corroborated by their regional accent. Although we are very familiar with images that raise provocations in their quests to mobilise publics or perhaps to shock, sometimes resulting in their legal censure, much less critical attention has been directed towards sound and the modes by which it too is being enlisted in campaigns to control and order the social.

A series of intensive presentations and discussions with Chase students will unfold over the course of the day guided by staff and invited guests. The latter have both developed long-standing research projects exploring cultural materials as constitutive of critical legal insights. Invited workshop presenters include Dr. James Parker is Director of the Research Programme in Law, Sound and the International at The University of Melbourne, Australia and specialises in acoustic jurisprudence. He has written extensively about Simon Bikindi a Rwandan musician charged with inciting genocide with his songs. Joel Stern is a curator and Artistic Director of Liquid Architecture a sound-arts organisation based in Melbourne, Australia who has worked with Dr. Parker in developing an interdisciplinary series of exhibitions, workshops, and public programmes about the law and politics of listening and being listened to. Chase institution staff include Dr. Connal Parsley from the University of Kent whose work critically addresses concrete legal and cultural praxes and evaluates them through philosophical, political and jurisprudential enquiry, often focusing on examples where images and visual media interact and Goldsmiths staff member Dr. Susan Schuppli whose research engages with modes of “material witnessing” and the production of evidence especially within the context of legal trials and truth and reconciliation mechanisms.

In terms of the local pedagogical context, both Goldsmiths and the University of Kent have developed innovative legal programmes that intersect directly with the humanities in bringing law into dialogue with art, media, and critical theory. This training session is directed towards students with an interest in the politics of sound and their attendant legal frameworks and is set against the backdrop of current developments that signal the ever-increasing access to, capture and control of our sonic worlds by state and corporate interests.

Aims/learning outcomes for the training:

This training session introduces PhD students to a unique conjunction between the humanities and law to explore the ways in which materials and processes combine not only to produce contested public truths but also come to furnish the evidential resources required for demanding accountability and justice. The focus on sound and legal issues recognizes that this is an under-represented area of study in comparison to the study of law’s visuality and thus offers a rich area of potential inquiry for PhD students.

Specific aims and learning outcomes for the training session

Eavesdropping used to be a crime. According to Blackstone, in his Commentaries on the Laws of England (1769): ‘eavesdroppers, or such as listen under walls or windows, or the eaves of a house, to hearken after discourse, and thereupon to frame slanderous and mischievous tales, are a common nuisance and presentable at the court-leet.’ Two hundred and fifty years later, eavesdropping isn’t just legal, it’s ubiquitous. What was once a minor public order offence has become one of the most important politico-legal problems of our time, as the Snowden revelations made abundantly clear. This session examines the ways in which state and corporate actors have entered the acoustic realm through arrangements with mobile providers and other forms of covert acoustic surveillance to extend their modes of governance and control.

The advent of the concept of the “ear witness” recognizes that listening can play as consequential a role as looking when engaging with our contemporary condition. This session seeks to reflect upon the ways in which new forms of witnessing are required for events that yield no a priori visual data or simply take place beyond the field of the vision. “Ear-witness” testimonies, says artist Lawrence Abu Hamdan, have become a crucial form of evidence, citing the recent examples of the shootings of Trayvon Martin and Michael Brown, as well as the Oscar Pistorius case, where sound played a crucial role in unpicking what happened. “Unlike vision, sound leaks into other people’s spaces,” he adds. “People might not be facing an incident, but they can still have an acoustic experience of it.” How might acts of listening offer up new forms of evidential proof?

A 1987 land claim dispute between the Delgamuukw First Nations and the Crown in British Columbia was denied on the basis that oral traditions could not stand on their own as historical evidence of land seizure or treaty rights. During the trial, Chief Antgulilibix was asked to sing her wilp (song of mourning), a crucial feature in determining the legitimacy of territorial ownership within First Nations culture. This disruption to courtroom rituals irritated Chief Justice McEachern who took exception to a witness singing in court. “This is a trial,” he reproached, “not a performance.” Besides, he added, the significance of the music was lost on him as he had “a tin ear…” This session seeks to explore the ways in which sound operates within juridical space as both an instrument of law—a pledge to “swear to tell the truth”—as well as a means for producing “legal ruptures” that might question the limits of what and who counts as a witness able to engage with the conventions of legal speech. 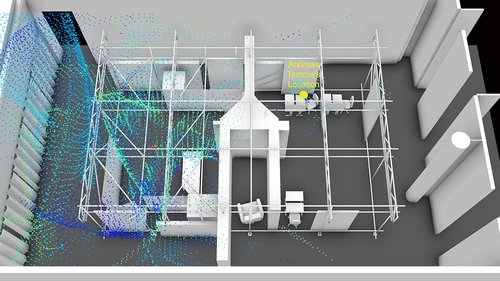