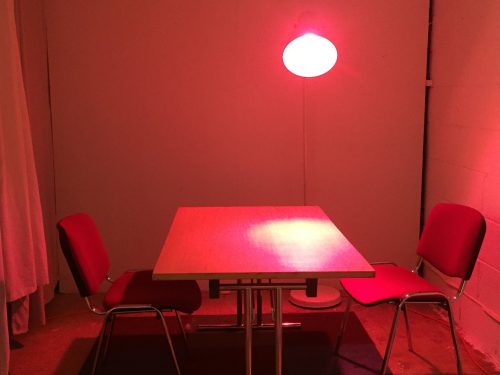 On 14thSeptember, the out(Law) exhibition, hosted a live art intervention Margarita X: A Case Study by artist Janina Moninska, followed by a roundtable on Art, Law and Resistance chaired by artist Jack Tan.

The events were attended by a diverse range of approximately twenty five artists and visitors. The aim of the event was facilitate an understanding of what it is like to be a refugee applying for asylum, with no guarantee of protection from the law. The live art then led directly into a general discussion about the cross overs of art, law and resistance.

For me, this exercise highlighted how place of birth and circumstance has an impact on an individuals’ ability to apply for British citizenship.The obstacles many refugees face in applying for asylum in the UK were further demonstrated in the performance of a faux interview between two fictional characters, an Ecuadorian asylum seeker named ‘Margarita’ and British Home Office employee played by Janina.

The scene is set where Margarita is trying to escape forced prostitution in Ecuador. She has been beaten, raped and having suffered this abuse she must then relive this experience in a grueling interview by the Home Office, in a country whose laws will determine whether she can seek asylum or be sent back to persecution. It would seem the odds are stacked against her in a country that is trying to reduce net migration.

If she has no documentary evidence to prove her story, her case is assessed on three criteria: the credibility, consistency of her story, and her demeanour – as per the law. If she smiles when she says she is raped, this could have an impact of her case.

In video documentation, we are shown Janina’s performance of Margarita’s perspective of the home office interview: she reflects on the humiliation she feels at having to prove she was raped, expose herself to show her scars, and questions why she can’t just join her distant relatives in the UK.

Members of the audience noted that the interview felt intrusive. One of the artists mentioned that to stay in the UK he had to prove that he was in a same sex relationship with his partner, again highlighting the intrusive nature of such an ordeal.

In the context of an increasingly hostile environment towards migrants and a Home Office that has migration targets to meet, the slightest gesture can determine the fate of the asylum seeker. The asylum seeker has to be resourceful, find a way to survive within a system that reinforces their status as a ‘victim.’

How do those that fall outside the law, with no legal status, survive? Some outside of the law are resourceful and can circumvent the law: one of the artists suggested that if a non-domiciled person can make art that is visually pleasing, this might be prevented from him or her from being moved on.

The discussion highlighted the paradoxical nature of our system; we live in a globally connected, free market economy where trade necessitates freedom of movement and ‘frontiers’ appear to have been dissolved, yet freedom of movement is not inclusive. While some can travel freely, others have to apply for visas.

The intervention reminded me of the inegalitarian nature of our borders is addressed by the Belgian artist Francis Aly’s in his project entitled ‘TheLoop’ (1997). Aly’s travels took him south from Tijuana, across to Australia, North up the Pacific Rim, and South through Alaska, Canada and the United States, reaching San Diego without having crossed the US-Mexico border. This extravagant detour serves to illustrate the obstacles Mexican citizens face when trying to visit the US, while others can travel more freely, and the kind of plight Margarita was facing too.

One of the artists present at the intervention mentioned that he invited his Mexican friend to New Zealand for Christmas but his friend was refused entry because he didn’t have a visa. Unable to travel beyond the liminal space of the airport transit lounge, he had to go to the Australian consulate to obtain a visa. Just another reminder of the harsh and hostile environment laws and their borders create. 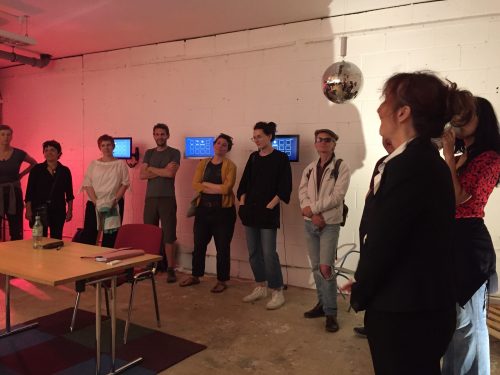 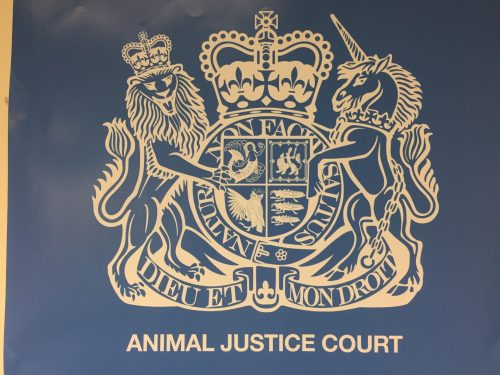 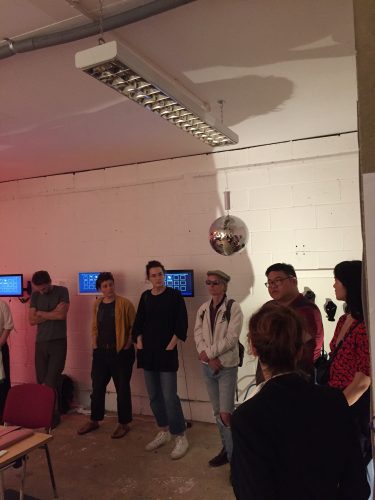 Once the performance had finished, continuing in this theme, Jack Tan initiated a group discussion on the relationship between art, law and resistance. He asked the group if art that intends to be political crosses the line into activism and ceases to be art?

The criteria we use to evaluate art can change as laws do. Duchamp broke the code of the museum by displaying the copy of a urinal. It was something manufactured, utilitarian and ubiquitous. The copy of the urinal has no commodity value, and removed art from its pedestal into the public sphere.

Similarly, the Cuban artist Tania Bruguera believes art should be of use to society in some way. Renouncing Kant’s idea of art that is autonomous, art is perceived instead as something practical, and integrated into different facets of life.Arte Utilor ‘Useful Art’ rejects the autonomy of art and suggests that art exists as a network, an ecology of use, that is not separate from the every day.Like the Artist’s Placement Group’s‘delta unit,’ Arte Util is concerned with the ethical and political dimensions of artistic creativity rather than with its value in the market.

Considering art outside of the ‘institution’, such as Banksy’s graffiti becomes commercial, Jack Tan then asked the group when resistance is licensed, where does resistance go?

One of the artists suggested resistance can only occur outside of the institution, for example the living room.

Interestingly, Tania Bruguera set up an art school in her own home, a pedagogic project entitled Cátedra Arte de Conducta(2002-9).Based at her home in Havana, the school was committed to providing training in political and contextual art for art students in Cuba. She wished to make a solid contribution to the Cuban art scene, partly in response to its lack of institutional facilities and exhibition infrastructure, and partly in response to ongoing state restrictions on Cuban citizens’ travel and access to information.

Jack concluded the session by talking about his art piece, an animal court hearing entitled ‘Four Legs Good’ which attempts to recreate an imaginary court that could be real and alludes to the European medieval animal trials where animals accused of committing crimes were tried.

One of the artists declared that the grey squirrel should tried for genocide for wiping out the native red squirrel. Rabbits are not native, they’re from Spain originally – should their citizenship be reviewed?

Just as animals put on trial show how they have no way of defending themselves, so too this could represent the plight of asylum seekers and all those living outside of the law. Asylum seekers may find themselves in limbo in the airport transit lounge or court room unable to represent themselves, their fate determined by the judgement of those representing them from a playing field which is far from level.

Giselle Jones is a painter and just completed her MA Fine Art at Brighton University,  Find her work on Instagram @gisellejonesart.

The out(Law) exhibition explored what being outside the law may mean, from refugee status as excluded bare life, to animals whose agential rights are still outside of our legal frameworks, those living outside with no shelter, the impact of outsiderness on the everyday.