UNION was a participatory exhibition of real world responses to the EU referendum.  It sought to be an impartial exploration of the issues surrounding the referendum.

Practitioners from the fields of art, law, and music came together to create a space for public debate at the Synergy Centre, Brighton, 16-19 June 2016.

Utilising a diverse range of mediums, including sound, text, film and performance, members of the public were invited to share their opinions and have their preconceptions challenged in advance of the vote. The exhibition represented arguments on both sides of the debate, and people were  encouraged to contribute their own ideas, knowledge, and concerns, in a supportive and non-judgemental environment.

Funded by the Sussex European Institute and in collaboration with Distant Animals, a local Brighton sound and visual arts collective. 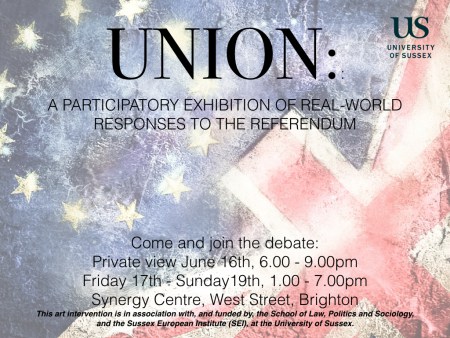 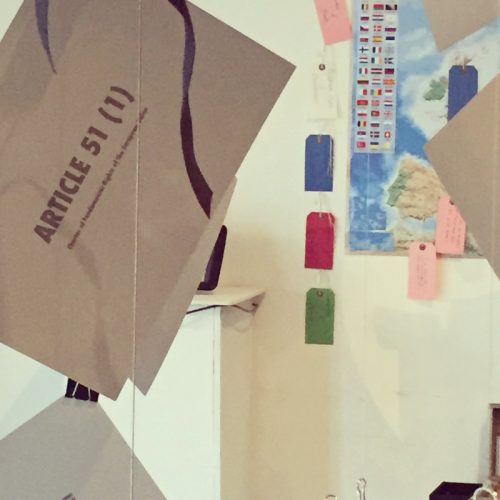 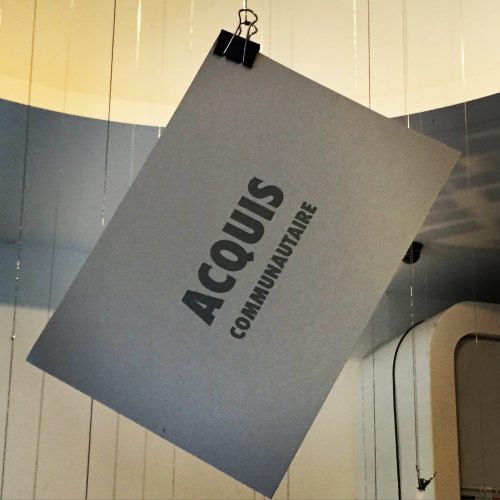 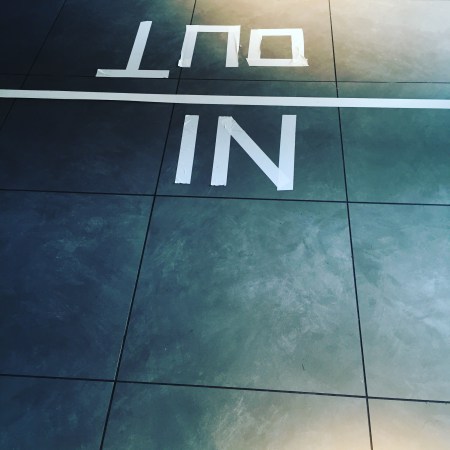